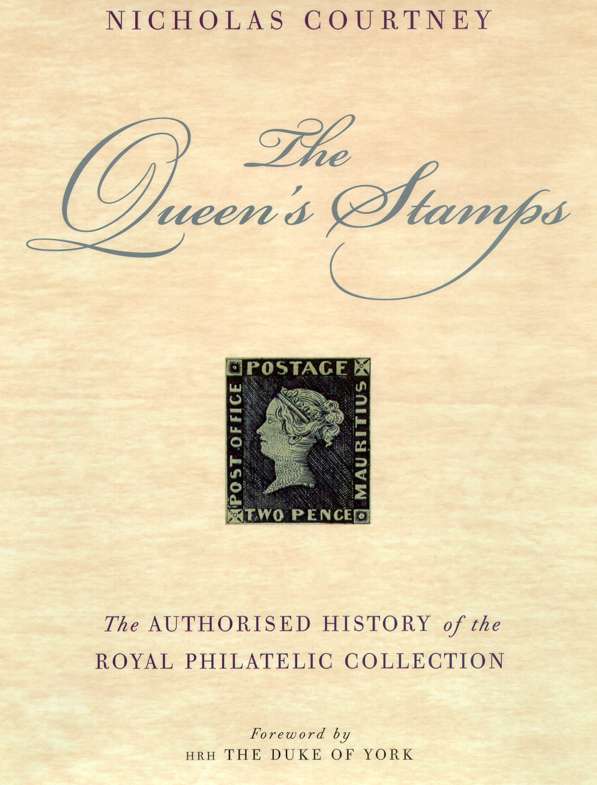 The Queen's Stamps, The Authorized History of the Royal Philatelic Collection

Forward by HRH The Duke of York

Housed in St James's Palace, London, the Royal Philatelic Collection contains some of the rarest stamps in the world. This history describes how the Collection grew from the inauguration of the Penny Postage under Queen Victoria, through six successive monarchs to the present day.

The first Royal collector was Prince Alfred, Duke of Edinburgh, second son of Queen Victoria, whose career in the Royal Navy, from the age of fourteen, enabled him to collect foreign issues from all parts of the world. However in 1900, after years of extravagant living, he was forced to sell the collection to this brother, Prince of Wales (Edward VII) who passed it on to his son Prince George (later George V), already a passionate collector. At the same time, Edward VII arranged for his son to be sent the corner blocks of four, essays and proofs of all subsequent new issues from the Post Office and the Crown Agents for the Colonies.

The story of the formation and continuation of The World's Greatest Stamp Collection. A beautiful book, color illustrations, but it is in no way just a "picture book" as it has much background information on both the collection and the actual stamp production. The text is well worth reading, enjoyable, informative and scholarly.

Much background information on the stamps in addition to the collection.